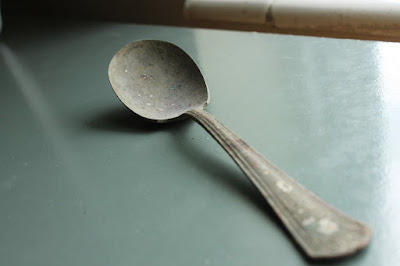 This glimpse of writing is but a few fabric squares of a quilt. I’ve been trying to find ways to share parts of my dissertation writing as I go along stitching. I know not (yet) how it will look at its completion, but I continue creating. As always, nià:wenh (thank you) for reading.

First, some background is necessary. I spent my summer last year gardening among friends and family, taking part in an experiment creating a garden atop my grandmother’s old house site on the Tuscarora Nation territory. It was a rash endeavor, coming to fruition after a startling revelation at the Haudenosaunee Seedkeepers’ gathering in May 2016-- for the first time in my life, I could have access to family land that I could possibly garden. After spending years shuffling containers on an apartment patio, buying soil by the bag, and feeling limited in my growing options, this was a dream. Once I came to the realization that this project was something I must make happen, I sought the support of my family and the Indigenous Women’s Initiatives-The Seed Institute organization in Buffalo. Thus began a complex healing journey.
Last summer, I set out to clear the site of my grandmother’s old house in preparation of the new garden. Though she passed away two years before, the business of her belongings and double-wide trailer were just then getting settled last winter. Family members decided it would be best to sell the trailer and so it was removed, leaving a barren rectangular swath in its absence. Decades before the trailer came, my grandfather built a modest three-bedroom home where they raised their thirteen children. However, the house was in shambles by the time I was a teenager and a demolition crew soon came to condemn the four walls that my grandmother had long called home. The trailer was delivered in 1999 and became a place of grounding for me; a place I could truly call home after moving more than thirty times over my years. Living with my grandmother for five of those years is time I treasure dearly. The loss of both her and that house left an irreplaceable void and many questions.

When the time came to start the garden, I did so with great care and respect, curiously excavating that newly exposed plot of earth to clean and prepare it (myself?) for new growth. I thought about the layers of clay holding memories, family history, dreams, traumas, the bonds of family, generations. I pondered creation and the living beings, the surrounding maples and pines that witnessed living history, the compounds and chemicals in the soil, the organic matter, natural and manmade. I considered the minuscule bacteria and fungi and their generations of lineage, the food the land once grew, the tomatoes that once ripened behind Grandma’s old house. Romanticism aside, the reality of my archaeological dig was a mangled nest of wires, pipes, car parts, glass, and feline and rodent skeletal remains. The more interesting finds were shards of gold-rimmed ceramic dishes, an old sneaker, a dirt-stained doll, and a rusty spoon.

I haphazardly packed up the last item, gathering the spoon along with the gardening tools, gloves, leftover seeds, and water bottles. Later, when I had a quiet moment, I turned the spoon over in my hands. Dull, corroded, turquoise pieces peek through layers of caked mud. Flecks of sienna rust decorate the handle and ornate, patterned dots still line its edges. It sits on a shelf next to my clay pots, seed collection, and medicines. I often wonder about that little spoon and what kind of meals it has seen. How many mouths it has fed. How those meals were medicine to the people who enjoyed them. What kinds of conversations happened around that table. How it kept a family satiated and content. The coincidence didn't dawn on me until later that the spoon is actually a Haudenosaunee emblem. The “Dish with One Spoon,” or Sewatohkwà'tshera't, was the agreement between the rotiyanéshon (chiefs/leaders) and is a foundation of the Confederacy along with the Kayanerenh'kó:wa, the Great Law of Peace. Symbolized as a bowl and spoon from which people would share food, territory, and resources, it is considered to be an agreement with each other and with nature itself to live sustainably, share, and maintain peace amongst creation. The metaphor later appeared in wampum belt treaty agreements between the Haudenosaunee and neighboring nations to share lands.

This peculiar garden artifact stirred my emotions and thoughts, a surprising reminder why I continue to do food sovereignty and academic work. The garden project, what I thought would be an uncomplicated endeavor, began to evoke questions about the intersections of nationhood and belonging, generations and families, history, “Skarureness”, land and food, the sacred trust in seeds, and healing. Working Tuscarora soil that summer and breathing in the dust on that fiercely windy day we sifted it for debris, I felt conflicted. Coming home with that dirt under my fingernails, both familiar and foreign earth, I am reminded of how we learned to introduce ourselves in Kanien'kéha (Mohawk) language. To say you are of a nation, you would say "Kanien'kehà:ka Niwakonhwentsyò:ten," translating to "I am of the Mohawk Nation," or more precisely, "Mohawk is my kind of clay/earth." In a way then, your very identity is tied to the nation/earth (owéntsyia) you come from. Despite growing up on the Skaru:re reservation, as a person not on the Tuscarora nation roll, I often felt like an outsider and that I did not belong, that I am not "of that earth." Yet at the same time, settling in at Six Nations, where my father's family and maternal grandmother's family originated wouldn't feel natural either. Though I am not enrolled Skaru:re, I feel that a core part of myself is tied to that land and parts of my own blood and ancestry trace their spindly roots back to North Carolina too.

I know I'm not the only one who experiences this complicated sense of (un)belonging and identity. If indigenous senses of identity are tied to the land, what happens to those who are without land or status? How do displaced Native populations pursue food sovereignty and self-sufficiency efforts without a significant land base to garden, hunt, fish, etc.? Where do those of us who fall within the complex gradients of Native identity -- the landless, the unenrolled, the outsiders, the clanless, the "urban Indians", the mixed, the two-spirited, the "married out" -- belong now and in the future? How do we heal as individuals and communities when we still experience these colonizing identity politics like a fresh wound? There's certainly more to be said, but these words have been meandering to the surface like forgotten seeds. I hope they bring some comfort to others who wrestle with the same complications of being Onkwehón:we in the 21st century.

New comments are not allowed.